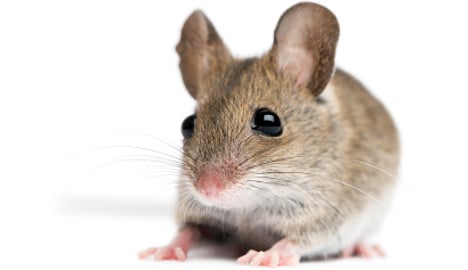 “We’re hoping to be able to catch the mouse in Oslo. There, they allow the use of a sort of sticky cardboard that holds the mouse in place,” SAS spokesman Anders Lindström told Swedish news agency TT.

The emergency measure became necessary after a ten-hour hunt at Arlanda airport in the Swedish capital Stockholm failed to produce results.

”Staff spotted the mouse during the journey over from New York. We took the decision to ground the plane as soon as we heard,” Lindström told The Local on Wednesday.

The Airbus landed in Stockholm at 8.15am and was scheduled to leave again by 10.40am.

But by early afternoon the mischievous mouse was still taking the mickey out of its would-be captors and the plane could not be permitted to leave Sweden.

According to Lindström it isn't always easy to locate a stowaway mouse.

”We place traps inside the aircraft and then we shut it down completely. We need to leave it standing for a while so that the mouse can traipse about freely. Otherwise it ends up going into hiding,” Lindström said.

According to SAS, they successfully managed to rebook all passengers onto later flights.

Although it isn't that uncommon for mice to sneak aboard aircraft, it is only the second time it has happened to SAS.

The first time was in August 2011 when some 200 passengers were left stranded in Stockholm for hours.

Despite SAS staff never capturing the cunning critter last summer, Lindström is confident this is not the same mouse. Where it originally boarded the flight is shrouded in mystery.

”We haven't been able to determine the mouse's nationality,” he said.

However, they are pretty sure it is an American seeking fresh challenges abroad.

”It probably got tired of the US,” Lindström told The Local.