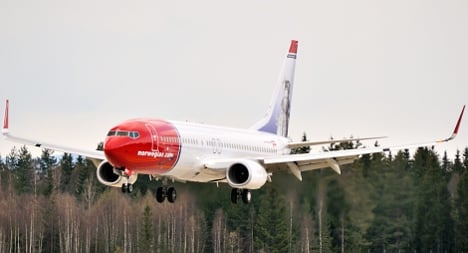 Disgruntled customers began alerting the airline to the botched payments when some reported finding their bank accounts empty at the weekend.

Torill Bakkehaug from Oslo splashed out 7,300 kroner ($1,200) for airline tickets from Norwegian last Wednesday. But what she didn’t know was that twice that sum was drawn from her account two days after she had booked her trip.

“Then at the weekend I was at a restaurant and found I didn’t have coverage on my card, which I thought was awful,” she told newspaper VG.

“When I got home I saw that Norwegian had withdrawn the same amount twice from my account.”

An estimated 3,000 to 3,500 customers have been hit by the payment blunder, Swedish national broadcaster SVT reports.

“It’s very regrettable and we are in the process of paying the money back as quickly as we can,” Norwegian spokeswoman Åsa Larsson told SVT.

Larsson said a technical error had meant the booking files were sent twice to the customers’ credit card companies.

She added that all customers affected would be refunded and did not need to contact the airline to request their money back.