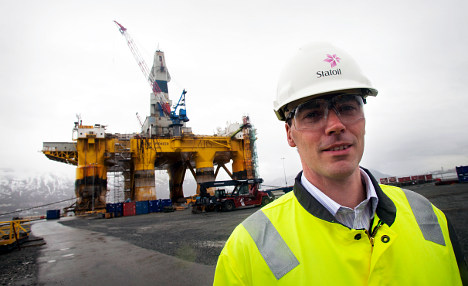 The Havis prospect is the twin of Skrugard, another deposit Statoil discovered in April 2011, confirming the potential of the waters as yet untapped in the Barents Sea.

Together the two deposits could contain between 400 and 600 million barrels of oil equivalent, Statoil said in a statement.

"Skrugard and Havis open up a new petroleum province in the North," Statoil chief executive Helge Lund said in the statement.

The two discoveries, which are located just seven kilometres apart but are not connected, could be developed together, which would limit costs.

Covered by the same production licence, the two deposits are owned by Statoil, which holds 50 percent, Eni of Italy, with 30 percent and Norwegian state-owned company Petoro which owns the remaining 20 percent.

The two deposits remain modest in size compared with massive Norwegian fields such as Statfjord, which contains some 3.6 billion barrels and was found in 1974 in the North Sea.

But they indicate there is potential for Arctic oil and gas riches for Norway, whose oil production has been on the decline for 10 years.

After a peak in 2001, oil production in the Scandinavian country — the world's seventh-biggest exporter of black gold — has steadily decreased and is now around two million barrels per day, just two-thirds of what it was a decade ago.

The region has also become increasingly attractive after Norway and Russia in 2010 ended a 40-year maritime border dispute over 176,000 square kilometres, which paves the way for prospecting.

According to the US Geological Service (USGS), the entire Arctic region could hold 13 percent of the world's as yet undiscovered oil reserves and 30 percent of its natural gas.

The region is however characterised by extreme cold, sea ice and total darkness in winter, making oil and gas drilling technically complex and costly.

However, high oil prices and technological progress are making it attractive nonetheless.

Environmentalists have meanwhile expressed concerns about oil prospecting in the Arctic waters due to its fragile ecosystem and sealife.