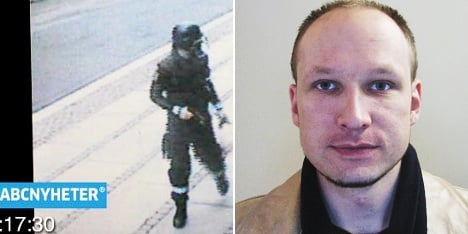 Lawyers representing some of Behring Brevik's 77 victims have called for a second psychiatric evaluation.

But in a letter released by the Oslo district court, lawyers for the 32-year-old right-wing extremist said they and their client were opposed to a new evaluation being conducted.

In a separate letter, the two prosecutors in the case also said a new assessment was "not necessary".

On November 29th, two psychiatrists appointed by the Oslo court concluded that Behring Breivik suffers from paranoid schizophrenia and that he could not be held criminally accountable for his actions.

Given that, Behring Breivik is expected to be sentenced to psychiatric care in a closed ward instead of going to jail.

The conclusions caused outrage in Norway, upsetting victims and the public who noted that Behring Breivik planned the attacks in detail for several years and spent almost an hour and a half coldly shooting dozens of young people.

On July 22nd, he first set off a car bomb outside government buildings in Oslo, killing eight people.

He then went to the island of Utøya, some 40 kilometres north-west of Oslo, where, disguised as a police officer, he methodically shot and killed another 69 people attending a summer camp, most of them teenagers.

The killings were the deadliest attacks committed in Norway since World War II, and profoundly shocked the normally tranquil nation.

Although he has confessed to the facts, Behring Breivik has refused to plead guilty, claiming he was waging a war and that his actions were "atrocious but necessary."

He has said he was on a crusade against multi-culturalism and the "Muslim invasion" of Europe.

According to television news channel TV2, three psychologists and a psychiatrist monitoring Behring Breivik in prison have denied seeing any signs of paranoid schizophrenia.

The Oslo court is expected to decide in mid-January whether there will be a new psychiatric evaluation.

The trial is due to open on April 16th.