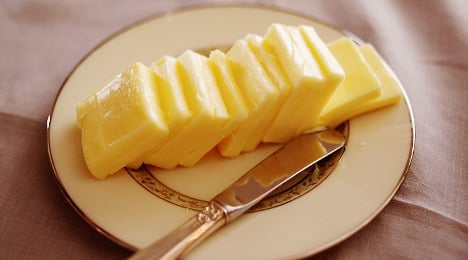 The men drove to Norway via the Swedish ski resort Storlien, one kilometre from the border, in the early hours of Saturday morning, newspaper Adresseavisen reports.

“Then they were stopped by a police patrol, which found 250 kilos of butter in the small van.”

Police were tipped off about the crafty butter salesmen on Saturday evening and were able to apprehend them, together with their cargo of 500-gramme blocks, at around 7pm.

Both men were taken in for questioning.

According to Adresseavisen, the two men admitted to being in Norway to try turn a profit from the country's butter shortage.

”They have confessed that they bought butter in Sweden to sell at a profit in Norway. They were hoping to make some money by selling butter to Norwegians,” legal counsel Amund Sand told the paper.

Sand added that police will destroy the butter since it had not been declared at customs, no doubt to the horror of many spread-hankering Norwegians.

According to border official Hilde Petterson Ruud, the incident was unusual but not unexpected.

“We have heard about black market prices, and it was not a surprise that this happened,” Pettersson Ruud told Adresseavisen.

With no sign of a let-up in the country’s butter crisis, Norwegian radio reported that Norwegians are flocking over the border to purchase the sought-after product in Swedish stores.

Retailers on the Swedish side of the Svinesund Bridge reported selling twenty times more butter than usual, with an estimated nine out of ten butter customers coming from Norway.

Dairy giant Tine, which enjoys near-total market dominance in Norway, has indicated the shortage is likely to stretch beyond Christmas and into January.

The shortfall has been attributed to a mixture of rising demand amid a high-fat diet fad, and a drop in the supply of raw milk after a wet summer led to lower feed production.

Prohibitively high tariffs on the import of butter have also made foreign dairies disinclined to enter the Norwegian market.