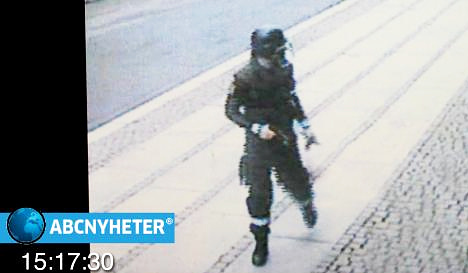 "He says he does not regret these actions. That is of course a message that is difficult to convey, but he is very clear on this point… He believes it was necessary," Geir Lippestad told the TV2 News Channel.

"He thinks his actions were atrocious but necessary," the lawyer said, reiterating phrasing used several times to describe his client's deeds.

Now in custody at the high-security Ila prison near Oslo, Behring Breivik, 32, is scheduled to go on trial on April 16th.

On Monday, for the first time since his arrest on July 22nd, he was permitted access to the media, in accordance with an Oslo court ruling.

A psychiatric evaluation of the confessed killer concluded late last month that he suffered from "paranoid schizophrenia".

If confirmed by a panel of experts and the Oslo court, that conclusion will most likely mean Behring Breivik cannot go to prison but instead will be sent to a closed psychiatric institution for treatment.

According to the prosecutor in the case, the right-wing extremist was "offended" by the psychiatric evaluation's conclusions, which have also met criticism in the Scandinavian country.

On July 22nd, Behring Breivik, who claimed to be on a crusade against multi-culturalism and the "Muslim invasion" of Europe, first set off a car bomb outside government buildings in Oslo, killing eight people.

After that, he went to the island of Utøya, some 40 kilometres northwest of Oslo, where, disguised as a police officer, he spent nearly an hour and a half methodically shooting and killing another 69 people attending a summer camp, most of them teenagers.

While acknowledging the facts, Behring Breivik has refused to plead guilty.