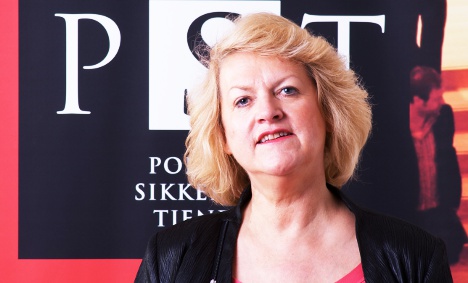 "As head of PST, I apologize. I take the responsibility as head of PST and I will remain head of PST," Janne Kristiansen, who had been forced to cut short a trip abroad to respond to swelling criticism, told a news conference.

The PST has been criticised for its failure to detect the self-confessed perpetrator of the attacks, Anders Behring Breivik, despite the fact that he was flagged to them before he went on his deadly rampage.

In December last year, the PST received a list from Norwegian customs containing 41 names of people who had bought chemical products over the Internet from a Polish company.

Right-wing extremist Behring Breivik — who prosecutors said on Tuesday has been declared criminally insane — was on the list for a purchase worth just 121.22 kroner ($21).

According to a US customs report obtained by Norwegian media, the July 22nd attacks could have been prevented with better coordination between police and customs officers.

The July killings of 77 people were the deadliest attacks in Norway since World War II, and profoundly shocked the normally tranquil nation.

On July 25th, Kristiansen insisted publicly that existing rules did not authorise her agency to register Behring Breivik in its files on the basis of the information they had received, but said the PST had checked all the names on the customs list against its files.

"Even Stasi (secret police) in East Germany would not have been able to detect this person," she said at the time — a statement she has already had to apologize for.

However, it turns out that the PST was in fact authorised to temporarily register Behring Breivik in its files — for up to four months — and that there is no log of the agency actually checking up on the 41 names on the customs list.

"I was inaccurate in the prevailing situation, a situation that was unclear," Kristiansen said on Friday.

The populist right-wing and anti-immigration Progress Party, which once counted Behring Breivik as a member, had demanded that she step down.

In the July rampage, the attacker first set off a car bomb outside government buildings in Oslo, killing eight people.

He then went to the island of Utøya, northwest of Oslo, where, disguised as a police officer, he spent nearly an hour and a half methodically shooting and killing another 69 people attending a summer camp, most of them teenagers.