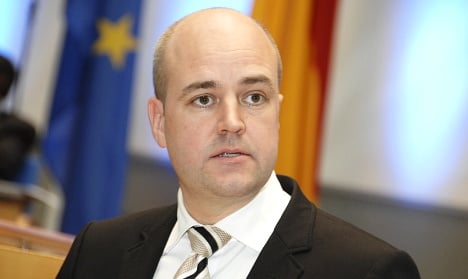 Speaking on the sidelines of an EU summit meeting on Sunday, Reinfeldt said Norway's fund and China’s financial resources were among the topics being talked about at ongoing meetings in Brussels. But the Swedish leader also stressed that the idea remained very much hypothetical for the moment.

“It’s not what we’re discussing now. That'll have to be the next step,” newspaper Stavanger Aftenblad quoted him as saying.

The hope in Europe is that the vast Norwegian fund might help supplement the EU's own €440-billion rescue fund. But the fear in Norway is that merely owning debt won’t come with enough guarantees for future generations.

Europe’s troubled finance markets have already taken a toll on the fund, which is heavily invested in the continent’s stocks and bonds.

Just as August 2008 marked the three-trillion-kroner fund’s worst point —after a year-long, 50-billion-kroner plunge — so too have August-October 2011 gouged away value, even if 53 billion kroner from state interests in oilfields will shortly top the fund up again.

Europe’s next meeting of “donors” will have to reckon with Norwegians aiming to preserve their oil-fund fortune, worth 625,000 kroner per capita. This is allied with a value in impending oil field production which is worth double the current total.