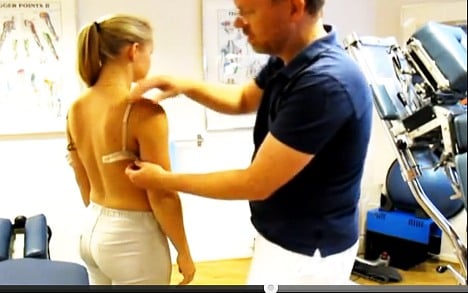 “The ribbing in (some) bras creates an unfortunate pressure on the musculature Serratus anterior,” explained chiropractor Øistein Holm Haagensen of Bjølsen Kiropraktorklinikk in the nation’s capital.

He said tight bras with ribbing, especially push-up models can cause aches and pains.

“(The Serratus anterior) muscle group is connected to the seven to ten upper rib bones and continues to the shoulder blades. On most bras the ends of the ribbing hit a pressure point of the Serratus anterior and create irritation and pains,” he told Dagbladet.

It appears the muscles under the arm are constricted by tight bras and force women to compensate by lifting their shoulders more. The extra lift is borne by neck muscles which become overstrained.

The result is headaches and a pain in the neck. Most affected are women doing mundane lifting with their arms stretched out to the front, as in computer work.

Haagensen’s push-up bra patients complain most about pains that reach from the arms into the chest cage. Often the pains are mistaken for heart trouble.

In a video posted on YouTube, he demonstrates how quickly shoulder muscles are thrown out of sync by a bra’s constriction. He admits his observations are “unscientific” but insists the problem with bras should be a field of serious research.

He recommended large-breasted women try sports or other types of bras and save push-ups and wire types for parties.

There are at least 30 types of bras, from strapless “adhesive” bras which are disposable to “T-shirt bras" and strapless types. 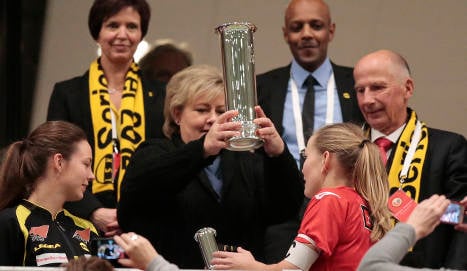