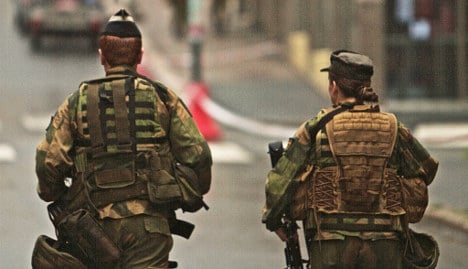 They added however that they did not believe his claims.

"During our interrogations, he claimed there were two other cells in Norway and probably up to 80 people, 80 cells in Europe," police prosecutor Christian Hatlo told AFP.

Until now, Behring Breivik's lawyer has quoted his client as saying there were "several cells" in Europe in addition to the two alleged ones in Norway.

But on Thursday, police said they were "increasingly sure" that the 32-year-old, who is currently being held in custody, acted alone on July 22nd and that he had no accomplices.

"For every day that passes we are increasingly sure," Hatlo said, adding "we have found nothing to suggest that accomplices exist even though we refuse to definitively rule out the possibility."

Police have therefore decided to lift Behring Breivik's solitary confinement at the high-security Ila prison imposed since his arrest on July 22nd, amid fears he might try to contact possible accomplices and get them to destroy evidence.

The decision will however change little in reality, since he will remain fully isolated for his own safety and he will not be allowed to receive mail or visitors and he will have no access to media, Hatlo told AFP.

Behring Breivik has admitted setting off a car bomb outside the government offices in Oslo on July 22nd, killing eight people, before going on a shooting rampage on the nearby island of Utøya where the ruling Labour Party's youth wing was hosting a summer camp.

In a manifesto he published on the internet just before the attacks, Behring Breivik said he was on a "crusade" against Islam and professed his hatred for Western-style democracy, saying it had spawned the multicultural society he loathed.